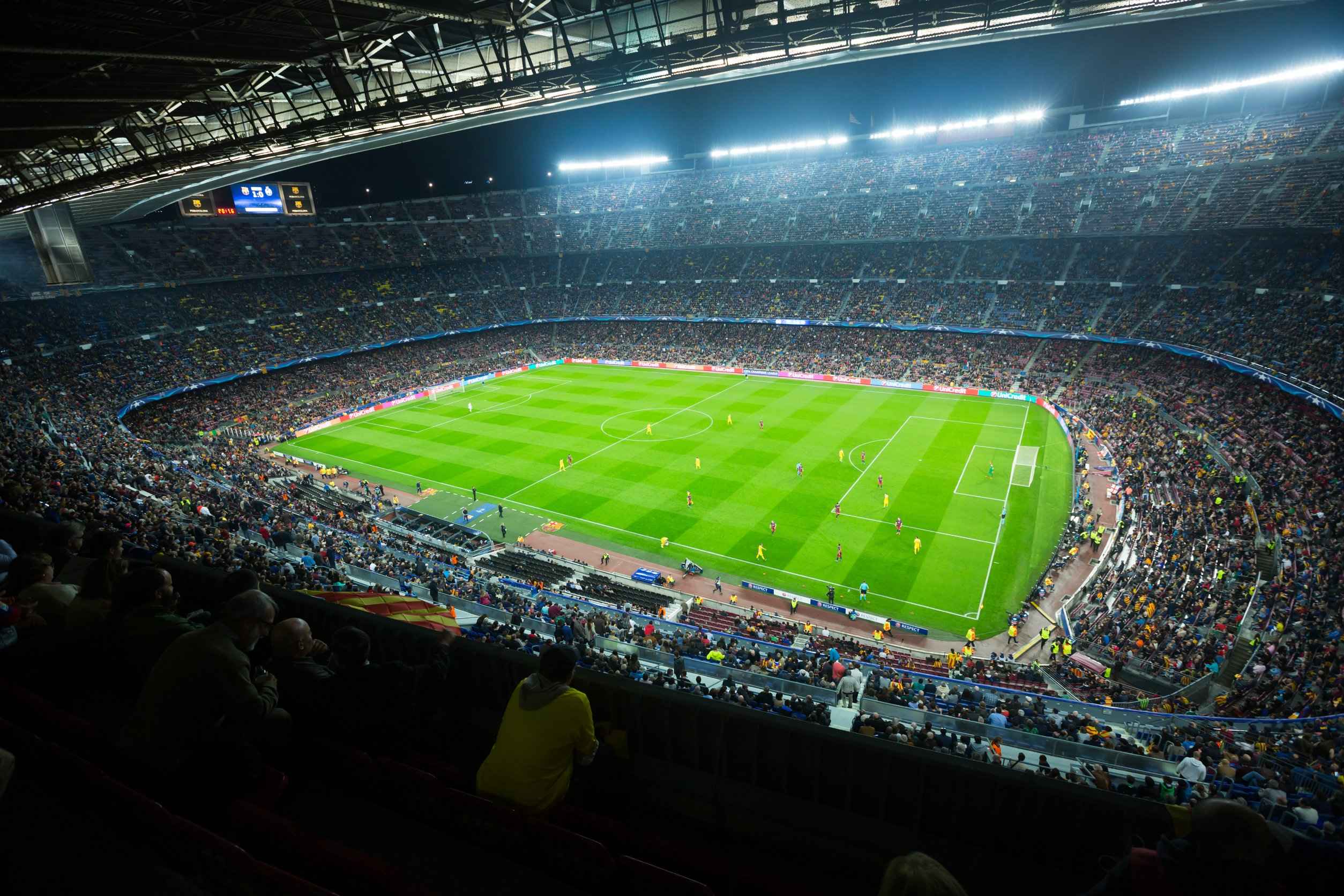 The Maracana Wembley. Azteca. Olympiastadion. The Rose Bowl game. Iconic names are associated with some of history’s most memorable moments from the FIFA World Cup, the world’s largest sporting event. Will the 2022 Qatar World Cup forever imprint another name or two on the collective minds of football fans around the world? That distinction is mostly determined by what happens on the field, but stadium designs can often be memorable. Ranking World Cup 2022 stadiums are difficult, but we’ve done our best.

This year’s World Cup will be the most geographically compact yet, with the two farthest venues only about 34 miles apart. That’s roughly the distance between Washington, D.C., and Baltimore, or having the World Cup held between Liverpool and Manchester. Seven of the eight stadiums are clustered in and around Doha, Qatar’s capital, and all but one has been purpose-built for the World Cup (the other, Khalifa International Stadium, was substantially renovated for the tournament).

When it comes to the World Cup, and specifically the stadiums, the elephant in the room is the human rights issues concerning the working conditions of the workers who built these stadiums. We must not forget the efforts of those who worked under extremely difficult conditions to create an entire modern sporting infrastructure out of thin air in a matter of years.

Several of these venues will be downsized or completely demolished after the tournament, as Qatar has no long-term need for eight 40,000-plus seat stadiums. We hope that after all of the confetti has been swept up and all of the sponsors, politicians, wealthy elites and fans fortunate enough to be able to travel to the tournament have returned home, the surplus modular infrastructure will find its way to other places where it is needed (as the organizers have promised), and that those who toiled to make this World Cup possible will find themselves in much better circumstances.

With that out of the way, let’s take a look at the eight venues that will host all of the drama this fall and see which one we think is the best of the bunch.

The Khalifa International Stadium is the only venue in this World Cup that existed before the tournament was awarded. Its 2017 renovation brought it up to speed to host matches for soccer’s biggest event, and ranking it last on our list doesn’t mean it’s a bad venue. It’s just not a particularly interesting structure. The roof and supports, as well as the spiral ramps, are reminiscent of Manchester’s Etihad Stadium or Sydney’s Olympic Stadium. The stadium will host the third-place game, as well as six group stage games and one Round of 16 games.

The tournament’s most remote venue, only about 13 miles from the outskirts of Doha, the Al Bayt Stadium is inspired by nomadic peoples’ tents in the region and features a retractable roof to provide shade for both spectators and players on the field in the desert heat. Aside from the obvious aesthetics, the exterior and roof are made of a woven fiberglass membrane, much like a tent. The boxy shape and roof resemble the old air-supported domes that once dotted the United States, such as the Pontiac Silverdome, which hosted the 1994 World Cup.

After the World Cup, the stadium will be reduced to around 32,000 seats and will serve as the home venue for local club Al Khor FC. It will host six group games (including the openers Qatar-Ecuador and England-USA) and three knockout matches, including a semifinal.

The Ahmad bin Ali Stadium was built to replace an older stadium (built in 2003 and demolished in 2015). The exterior design is reminiscent of Beijing’s famous “Birds Nest” Olympic Stadium, with a network of woven metalwork encircling the stadium. After the sun goes down, an impressive light show takes place behind the “nest.” After hosting six group matches and one Round of 16 game, the stadium will be reduced to 21,000 seats to accommodate Al-Rayyan SC.

The Al Janoub Stadium in Al Wakrah is undoubtedly the most modern design of the bunch, drawing inspiration from traditional dhow boats used by pearl divers in the region (it reminds me a bit of an aerodynamic cycling helmet, or the spaceship from the 1980s sci-fi film Flight of the Navigator). The venue has a retractable roof and will use the cooling system that has been much talked about over the last decade to combat the desert’s scorching heat. The seats have a wave design, which ties in with Al-Wakrah SC, which will call the venue home after the World Cup when seating is reduced to around 20,000. The stadium will host six group games and one Round of 16 matches.

Stadium 974, the first purely temporary venue in World Cup history, is likely the most talked-about tournament venue thus far. The name is derived from the 974 shipping containers used in its construction (along with Qatar’s international dialing code, +974). The containers have a striking outer appearance, but the interior has the appearance of a pop-up, lower-quality venue. Of course, that won’t matter when the place is packed with people, and the games are on.

Instead of wasting resources on another large permanent, ornate venue that the country does not really need, the building will be disassembled and sent off to be used in underdeveloped parts of the world. Perhaps a long-term investment or renovation of a historic venue in another potential host country would have been a better outcome of the host bid process back in 2010, but the intentional recycling of Stadium 974 is unquestionably a silver lining and forward-thinking innovation of this tournament. Six group matches and one Round of 16 games will be played at Stadium 974.

Education City Stadium, which opened in early 2020, is one of the venues that has already hosted major soccer events, including the 2020 FIFA Club World Cup, the 2020 AFC Champions League, and the 2021 FIFA Arab Cup. Its monolithic white appearance makes the exterior reminiscent of Munich’s Allianz Arena as if a giant futuristic egg is about to hatch. The interior has a white and green seating pattern, and the overall appearance is reminiscent of a modern club venue in Europe. Education City will host six group games, one Round of 16 games, and a quarterfinal.

Lusail Stadium will host ten World Cup games this year, including the Final. With 80,000 seats, it is Qatar’s largest stadium. Its overall shape is reminiscent of South Africa’s Cape Town Stadium from 2010. The exterior is covered in a repeating pattern of gold-colored triangles, and the theme continues on the white and gold seats inside. The other stadiums are all modern, but this one has a sense of grandeur that is appropriate for hosting the world’s largest soccer match. Following the tournament, the stadium’s capacity will be reduced to 40,000 seats, with parts of the structure repurposed as shops, cafes, and other facilities.

The Lusail Iconic Stadium is the event’s centerpiece, and the site of the Final is certainly impressive, but the Al-Thumama Stadium is simply stunning. The overall design is influenced by the traditional taqiyah cap, which is worn by many men and boys throughout the Middle East. The intricate, woven white exterior is stunning during the day, but it truly shines at night. The stadium will host eight World Cup matches in total, including a Round of 16 game and a quarterfinal, before being downsized to around 20,000 seats and donated to other countries.

8 World Cup Stadiums for 2022: Ranked from Best to Worst